Fay the falcon set to work in Mere Street yesterday with the aim of relocating the pigeon population away from the town centre.

This initiative is the start of a yearlong programme to improve the town centre’s cleanliness.

Mark White from Dealey Bird & Falconry has been spearheading the project along with support from local businesses, South Norfolk District Council and Diss Town Council.

Mark will be carrying out regular controlled flights along Mere Street three times a week for the first four weeks, reducing to two times a week for following four weeks ending with a once a week flight for the remainder of the 12 months.

He is confident that by the end of the programme, the falcon will have deterred most pigeons from the area. Mark said “The 164 pigeons were a bit slow to react to the falcon at Mere’s Mouth to start, but as soon as Fay started flying, they reacted well. Nearly all the pigeons stayed off Mere Street and the Mere’s Mouth and a total of ten landed on shop buildings and Mere’s Mouth that we control. The pigeons could be seen periodically flying over in two groups around Mere’s Mouth and some of the shops to check if it was safe to return. This is quite normal at this stage of the treatment. Many were seen on buildings in the Heritage Triangle area for most of today’s visit.

Fay has only flown today on the line at close quarters, but it is enough for them to get the message that she is a predator. Next week, we will let her go and she will begin to fly wherever she wants!”

The programme has been funded by approximately 25 shops in the town centre, with the remaining costs covered by both Diss Town Council and South Norfolk Council.

We would like to encourage residents and visitors to only feed the ducks appropriate seed as bread has been proven to be harmful to them. In addition to this, if we limit the amount of food available to them by not overfeeding them, this should go some way to also not attracting pigeons to that area.

The Town Council is working with Dealey and a local trader to improve access to the duck pellets and asks that you only feed the pigeons from the Park. We are also continuing to work with South Norfolk Council on street cleaning initiatives.

We hope that together, and with the introduction of the falcon, we will start to see positive results for the whole town centre.

There are no comments yet. 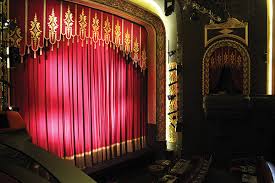 Who wants the mess of clearing up the dishes from pancake day!? Instead come and have as many pancakes as you can handle at the tap room from Flipping Marvellous Pancakes.
View Calendar
Add